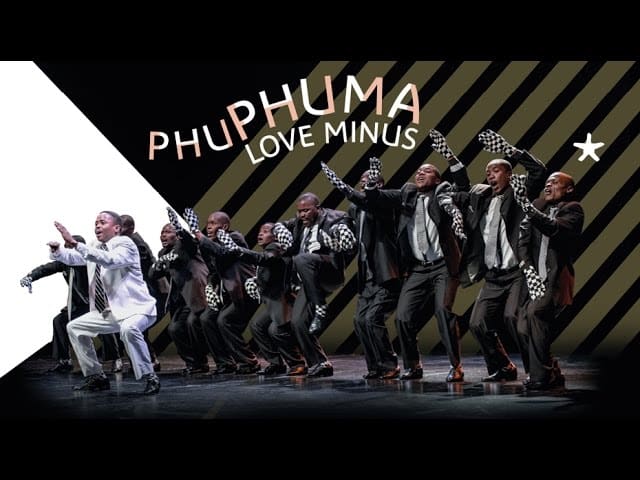 Phuphuma Love minus, an all-male South African isicathamiya music choir, will perform at the Quai Branly Museum in Paris starting this Saturday, March 25, 2017.

What is isicathamiya music

Zulu word ‘isicathamiya‘ itself does not have a literal translation and is derived from the Zulu verb -cathama, and would roughly mean “to walk or step on one’s toes lightly”. Isicathamiya music developed in the early 20th century amongst the Zulu migrant communities working in South Africa. Made to occupy marginalised spaces in the city and living in impoverished same-sex hostels, isicathamiya music was their creative response to changing urban realities and displacement from their home, community and family.

Isicathamiya music, a type of a cappella singing style, is a blend of Zulu traditional music, Christian choral singing and minstrel inspired songs that flourished in the mid-to-late 19th century in the United States and England. Though principally in the Zulu language, the songs also contain an admixture of English words.

Culturally and traditionally, isicathamiya music is inspired by Zulu indigenous beliefs of communalism, competition, notions of strength and power associated with animals such as bulls, tigers, lions and snakes, as well as the importance of fire as a resource for food and warmth. Typically, isicathamiya choirs are all male, elegantly dressed in three-piece suits, white gloves, black shoes and red socks, and are led by their group leader who is dressed in contrasting colours from the group. Perhaps the most interesting aspect of their performance, the group gathers in a circle and prays for spiritual guidance before entering the stage. The performance often features call and response and multi-layered vocal harmony, and the themes vary from love to political, religious and social.

Phuphuma Love Minus performance at the Quai Branly Museum, Paris

Phuphuma Love Minus, an all-male isicathamiya group, was created in 2002 in the village of Ngabayela-Umsinga situated in the KwaZulu-Natal region of South Africa. The group aims to convey Zulu cultural values and identity with their performances and see music as an important instrument of social change and for promoting sustainable development, socio-economic autonomy and self-dependence within the Umsinga community, ideas which are at the origins of isicathamiya music.

In the beginning, the group performed at marriages, harvesting feasts and other traditional events of their village. In 2003, they moved to Johannesburg and joined the musical association National Iphimbo Isicathamiya directed by Simon Ngubane. Here they won several regional and national isicathamiya competitions, a long-standing tradition in South Africa and parallelly recorded two successful albums titled “Imfihlakalo yezulu” and “Yithi Ojikelele“.

The band collaborated with well-known South African dancer and choreographer Robyn Orlin for her show “Walking next to our shoes… Intoxicated by strawberries and cream… We enter continents without knocking…,“. Their performance for Orlin’s show was praised by The New York Times as, “These men are gorgeous harmonizers, their soaring songs syncopated by synchronized stamping dances and punctuated by thrilling calls, and it’s easy to be lulled into blissful reverie by their music before you realize that they are singing about disease and warfare.” In 2010, Phuphuma Love Minus was also nominated for the National Traditional South African Music Awards.

Now, this group of eleven immaculately dressed men will seduce Paris with their foot-thumping and gorgeous isicathamiya singing at the Musée du Quai Branly (The Quai Branly Museum). The first performance will be held on March 25, 2017, followed by five more performances until April 2, 2017.

Phuphuma Love Minus, the isicathamiya choral group from Johannesburg, South Africa will perform at the Museum Quai Branly, Paris between March 25, 2017 and April 2, 2017. Book your tickets for their elegant performance that blends Zulu traditions and culture, with a cappella singing and slow dancing. 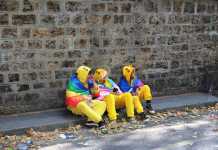 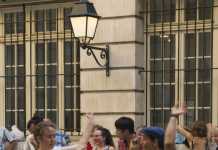 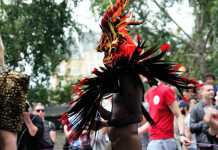 Pride parade 2017 in Paris: Route, things to know and pictures