Parisian garage rock duo Western Bones will be playing at L’Internationale this October 25th along with The Dharma Jerks and Heliophone.

Featuring Charlotte Bones on guitar and vocals and Tristan Bones on drums and backup vocals, the band released their debut EP Boomerang last month. The EP that contains four tracks came as an excellent surprise to us and we have been listening to it ever since. A bit of The Black Keys, Deap Vally, The Kills, Arctic Monkeys and Royal Blood, with the duo’s distinct (sometimes dreamy) touch added to it! We love Don’t You Know in particular.

Boomerang is available here on Soundcloud.

Western Bones will play at L’Internationale on October 25, 2016, along with The Dharma Jerks and Heliophile. Details here. 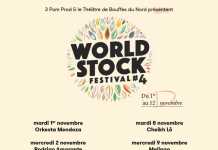 Reserve your spot for Worldstock Festival 2016! 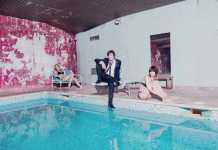 What’s on in Paris this weekend