Jazz à la Villette is returning for its 2016 edition in Paris this month (August 31 to September 11) and brings with it an extremely eclectic line-up of jazz bands over 13 days.

Much like the previous years, this year’s line-up for the festival has us greatly excited! Here is our selection of shows that you must not miss!

Go for this one, not just to listen to Archie Shepp play Coltrane’s (rare) songs, but for Émile Parisien Quartet. Whenever we see Émile Parisien play on stage, it brings back childhood memories of his initial concerts at Marciac when he was still learning saxophone at the jazz school there. It was already great back then and it is even better 15 years later!

Blue Note Label just signed the fantastic Manchester trio, Gogo Penguin! If this was not enough to pitch them to you, check out this review by John Fordham for The Guardian.

And of course, there is Erik Truffaz! The Franco-Swiss trumpeter, along with his three friends, has been at almost all of the French music festivals this summer. With an exciting mishmash of jazz, hip hop, rock and roll and dance music, the quartet will be warming up the atmosphere at Espace Charlie Parker on September 7, 2016. Be ready!

The Herbaliser / The Comet is Coming

A little bit of  electronic music in the jazzy world of La Villette! The Herbaliser is on our list of favourites from the line-up for this year’s Jazz à la Villette. So many memories of us singing their songs in the streets of Paris!

We did not know so much about The Comet is Coming, created by English saxophonist, Shabaka Hutchings. But then, we listened to some of their tracks, and they sound pretty good! And, according to France Culture’s Matthieu Conquet, the band is quite cosmic!

The complete programme for the festival Jazz à la Villette, 2016 is available here (in French).

And here is the official YouTube playlist featuring most of the artists who will be playing at the 2016 edition of Jazz à La Villette, Paris!

The history of Jazz à la Villette goes back to the first edition of the Parisian jazz festival, Halle That Jazz in 1986. Scheduled to take place at the beginning of July each year, Halle That Jazz had acquired a solid reputation in the world of jazz music (especially after its 1991 edition dedicated to Miles Davis) and the festival was attracting the biggest names in the ‘Great Black Music’.

With the support of international jazz community, La Villette Jazz Festival was reborn as Jazz à la Villette in 2002 with a tighter and more interesting schedule. The popular festival found its punch line in the words of Frank Zappa, “Jazz is not dead, it just smells funny”. Since 2002, the festival continues to be one of the most anticipated music festivals of Paris! 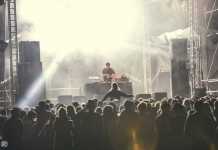 The best music festivals in Paris in 2017 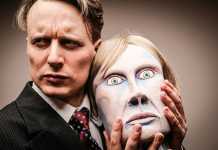 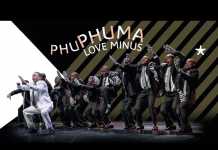